Here are a few observations and feedback picked up this Season, picked up from sabha managers, from inside auditoria and from rasikas.

1. The leading sabhas, some six or seven of them have a templated Season calendar and this is tweaked only just a bit. The sabha team sticks to the orthodox structure still and is happy to go along with it. They also have a large body of members but, a dipstick survey on an evening at a venue will indicate that hardly 50 to 75 of these members attend even the concerts of the celebrated artistes. Those who attend are in their 70s and 80s and move out by 8 p.m. So when the curtain falls you can count 30/40 people in the hall.

2. The trend to only attend concerts of the bigtime artistes and those whose music is being talked about continues. These concerts get filled up. At least 75% seats fill up. But there are only 75 to 80 people who are seen at many globe-trotting artistes. One reason is that many artistes perform at 10 to 15 venues and there is fatigue that dullens the Season spirit.

3. Lec-dems seem to attract many people. Both at the Academy and of Sri Parthasarathy Swami Sabha, rasikas and students were keen listeners / participants.

4. Non resident Indians are not really swarming the Season venues nowadays. They get enough of concerts, workshops and interaction today in their backyard with artistes travelling often. There is a bunch of young NRI artistes who are always keen to perform in the city during the Season; and for them, there are a few curators too. One such is the curation of violinist VVS Murari who hosted concerts at a Mylapore temple, signing up senior artistes to perform alongside.

5. Dancers and dance students are the keenest patrons of concerts and lectures. And they demonstrated this very very well at the festivals and seminars - Natya Darshan and Natya Kala - witnessed a big turnout. Natya Kala had a full house all through and the curator dancer Rama Vaidhyanathan and the Aalap team which worked smart to rouse the community to attend and participate actively. Every speaker at Natya Kala at Sri Krishna Gana Sabha, got a warm applause and that for recitals was often, loudly expressed.
Sabha managers admit that people pay to watch the best dancers/dances. That this stream of revenue is very good.

6. The Season offers a concert stage for young artistes who are still growing up. And these concerts work better when they are held in a small hall with good acoustics. One late evening, there were some 100 rasikas listening to the music of the popular Spoorthi Rao at Bhavans in Mylapore. But rasikas get drawn if the buzz about the artiste is good.

7. The music festivals held in non-sabha zones of Chennai is slowly increasing. And they get a decent patronage. And well-known artistes are willing to perform here - be it in Tambaram or in Valasarwakkam.

<< You too can mail us your snappy observations of Season 2019. Mail - This email address is being protected from spambots. You need JavaScript enabled to view it.  >> 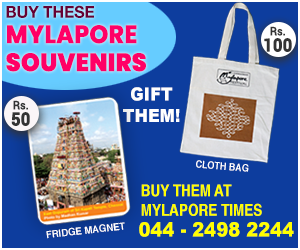