USA-based Bharatanatyam dancer Baladevi Chandrasekar spends time to work on a solo dance production year after year and showcases it during the December Season in Chennai.

This year, this New Jersey resident is presenting - Tripura the Divine Feminine which extols the glory of Devi Tripurasundari and is inspired by the classic compilation  "Tripurarahasyam"   and other allied texts.

The dancer says 'Sri Tripurarahasyam' is a magnificent text of the "Saakta" tradition that extols the glory of Devi Tripurasundari. This work is attributed to sage Sumedha (Haritayana) who composed it as initiated and instructed by Sri Parasurama.  Originally Lord Mahadeva narrated to Sri Vishnu, and Sri Vishnu to lord Bramha. On the earth, it was narrated by guru Dattatreya to Sri Parsurama. Lord  Brahma instructs  sage Sumedha to compile the  Tripurarahasyam, and  narrate the same to sage Narada.

Tripura refers to the goddess of supreme power who is worshipped as  the self or atman.

The opening mangalanjali  dwells on the beauty of  the female energy in the form of "Bale"-  a small girl, enchanting goddess  and as "Amba" - mother, one who is unparalleled in her compassion, then leads to the spectrum of feminine divinity manifested as Dashamahavidhyas.

The Thodayamangalam focuses  on the concept of the  divine feminine  energy and vitality, residing along with Lord Shiva  within us as  consciousness and knowledge. A connection is drawn between the  "Srividya"- icon, the chakras in the human body, planets and zodiac signs (rasi).

The  thalamalika alarippu will represent the Sri Chakra icon culminating  with the central point "bindu" which is the storehouse of the universal energy, where the individual merges with Devi..

The Swarajathi is configured to represent the immaculate functioning of the universe . The Divine Shakthi, Narayani represents the five activities of - creation, protection, dissolution, concealment and grace.

The kesadhi padha javali  in ragamalika brings out the shringara aspect of  goddess Tripura Amba.

The presentation concludes with the resounding message from the Gyanan Khandam of Tripurarahasyam in the form of a  Dhrupad representing  the supreme goddess Tripura, who is the flower spreading the fragrance of Vidya Gita or song of non dual knowledge. The Shiva Shakti  union is  portrayed as Pranava roopam  - Om. 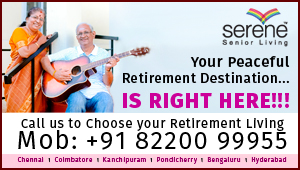